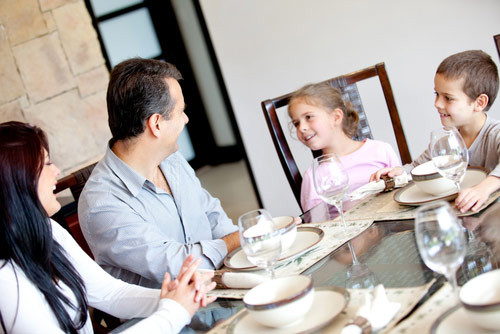 In March of 2015, Danny Peña earned his CPA license. And in the last year and a half, he has grown his business and even hired an employee full time to assist. Danny, his wife, and two children live in Austin and they appear to be living the American dream.

“Our overall strategy for managing our household is to pay our bills and put some money into savings for future investments,” Danny says. “One thing I have started doing: whenever I collect a fee from clients, I save about 33% of that money and put it in savings. I force myself to live on 66% of what I collect, because I need to pay self-employment taxes and save for immediate business future.”

Danny’s job as CPA means there are three months a year when he has very little work but must still pay bills, he works toward saving for those rainy days.

Credit card debt is weighing him down, however, and he has been fighting what feels like an uphill battle to pay down those compounding debts.

“It started when I was in college,” Danny remembers. “Throughout the year, credit card companies would be on campus, offering free shirts to get a credit card. I got one or two of them, and then we’d go out to dinner, or to the movies, and then Christmas came along, and so on.”

For a while, his debt was only a few hundred dollars. When Danny started working, he started to spend more money on concert tickets, clothes, movie tickets, among other things. The credit card company kept increasing his credit limit, and quickly he started living off my credit cards, buying gas and groceries, and other necessary items. The debt began to spiral.

When he was growing up, the advice Danny remembers most from his parents was to get a good job.

“They didn’t teach me about investing or savings. When I got into college, I got my first credit card, and I charged $125 or something like that; my mom was a little disappointed,” Danny says. “She told me, ‘Please don’t do that, you’ll get yourself into trouble.’ I remember my dad saying that he had a $7,000 credit card bill and he was trying to help me understand that it was a bad idea. It wasn’t enough to keep me from accumulating my own debt.”

With his own kids, Danny actively makes sure on a regular basis to remind his children what they could have had, had he not made financial mistakes. He tells them he would rather be wealthy than rich, and to him that means it’s a good idea to own assets you don’t have to work for to earn money.

“My wife and I strongly feel that because of our bad decisions, it has affected our children and what I wanted for them,” Danny says. “I’ll go as far as to break down the privacy barrier when it comes to finances, because I really do not want my kids to make the same mistakes. It weighs on our minds.”

When Danny and his wife were married in 2001, he was in charge of managing the checkbook. For many years, Danny says, it was a big fight when it was time to pay the bills. He would question her and she would question me and it was a struggle.

“About 7 or 8 years ago, I told her after one of our disagreements that she should take over the checkbook,” says Danny. “After a month or two of that, I could feel the stress melt away. She pays the bills and I just put my salary into our account and I use our personal checking account for HEB and gas. I concentrate on my job and making sure I’m bringing in as many clients as I can.”

Danny’s main advice to his children is to live frugally.

“When you learn to live below your means, it makes the rest of your life much easier. Don’t blow your check, because you’ll be hurting a lot longer than you were happy with those purchases.”